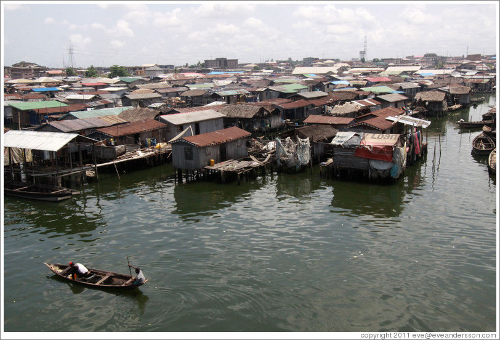 My grandchildren see the pedantic glint
and squirm as I explain
how floating cities
like Rio, Shanghai, Alexandria
still follow the contours
of ancient mule-paths
far beneath the waves.
The kids say, “We know,”
and go back to their games. 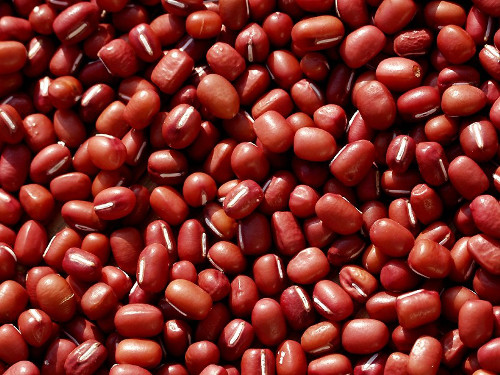 The photographers always come in the spring.

Only the richest and the poorest ones come: either ones who are just starting out and are desperate for a fresh angle, or ones who are so well-funded they don’t give a damn. The ones in the middle are effectively kept away by their lawyers, actuaries, and wives.

I suppose I would do the same thing if I were an actuary—although god knows, if anyone is going to be here when the beams come down it’s me. The probabilities for short-term visitors like photographers just aren’t all that grave.

I understand why they choose the spring, with the buds and blossoms and bright-green shoots that are so hard to do justice in the slanted indoor light.

I actually prefer the summer, when the sheer density of deep-green leaves and pods is like an orgasm or a really good drunk, wiping everything away. Or the fall, when the leaves begin to get brittle and turn away and the pods rain down beans in sudden volleys onto the floorboards. The mice come then, like scavengers to a battlefield, stuffing beans into their cheeks and bowling them with their paws. Or the winter, when the leaves have shriveled and merged, and the vines dangle like trunks of cable inside a vast cold-war computer after the moths have nested in the relays.

It was winter when the letter came. I had finished construction just before the first fronts, and I was still finding sawdust in all the corners whenever I swept.

It was harmless, novel, delightful. “Red beans for true love,” it said. “Send five red beans in the envelope provided, and send five envelopes to people you trust. Good luck and true love will surely follow.”

Red beans. An excuse to leave the house. I always thought beans were white and it was the gravy that made them red. Bacon and onions and tomatoes and molasses. More brown than red actually. But I put on my boots and went out.

The shopkeeper just stared at me and sold me a pound of bologna.

And he was probably right. He did run the biggest grocery in town.

The old Chinese lady laughed at me.

She laughed again and sold me the beans. The shop was tiny and full of strange smells. I would have to come back again some time.

The beans made the envelope look foolish. A letter ought to be tidy. The postman took them away.

The crocuses were just coming up when there was a knock at the door.

She was tiny, slight and angry, and she poured a bushel of red beans on my kitchen floor.

She held up a piece of paper. It was creased, stained, and covered with names.

“This is you,” she said, pointing to a blur in the middle.

“Every single one of you,” she said. “I’m tracking you down, and I’m giving them back.” She kicked at the beans and sent them scattering.

We were married almost fifteen years.

At first we were able to keep them down by crawling on the floor and trimming the sprouts with scissors. They kept coming up, and we kept cutting them down. We tried herbicide, we tried fire.

Tiny shoots were reaching out of the window frame. The roots must have been down in the walls somewhere.

“Don’t you get cold?” asked the photographer. “In the winter?”

Warm spring air was pouring through the walls, and the tiny white blossoms were bending on the vines. 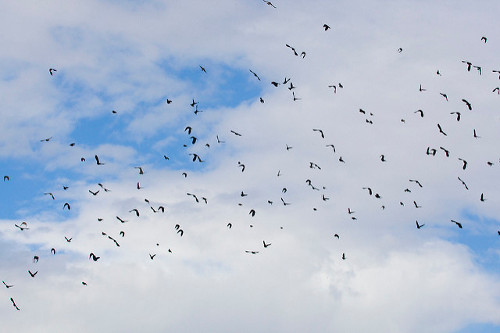 I
What is that black bird?
In my homeland,
we ate the last songbird a thousand years ago.

II
In our flooded suburb
we have many seagulls.
I have a blackbird in a cage.

III
My cousins from the coast
wake with the birds and smile:
No sea to fear.

IV
Our town has welcomed more than 100 refugees this year.
They don’t know the names for things.
They get all the birds wrong.

V
It is cold here.
I am glad to have a safe home,
but don’t the birds feel naked
in those bare trees?

X
Birds come to the feeder
push millet seeds onto the ground
and refuse to eat.

XII
We like to hunt:
birds, squirrels, deer.
Some are poison. 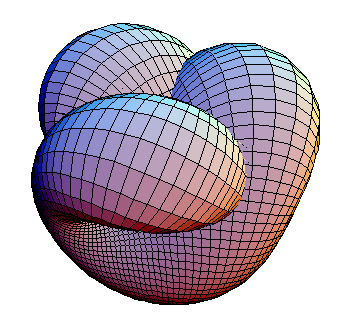 I threw up a Google Doc of my draft “Basic Introduction to Topological Manifolds” lesson plan, intended to be accessible to 4th graders and up. It should be viewable by anybody, and I’m happy to give edit permissions to anyone with constructive ideas. Hit me up. 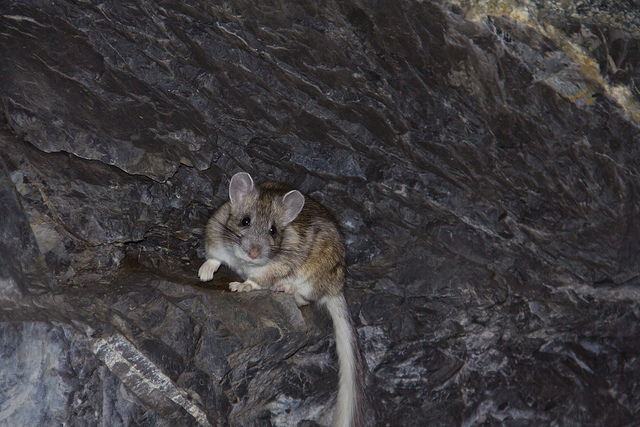 Packrats overthrew the government in 1980, or 1968, or 1922—
or perhaps they always ran the place.
They build their middens out of stolen wheat and mortgages,
piled in burrows on offshore islands,
cemented with amberat (which accretes from urine)
and which can preserve a treasure-pile for centuries, at least, or possibly forever,
until scholars and treasure-seekers wander in with brushes and dental picks,
prying apart the riches of a lost continent,
still—after thousands of years—reeking of lust and greed. 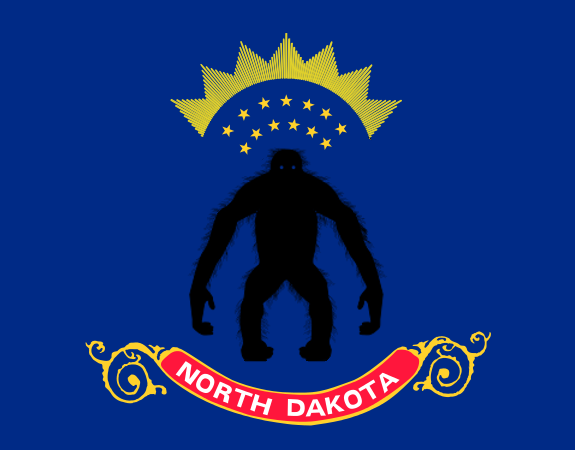 My NaNoWriMo novel this year is Giant Primates of North Dakota.

It’s some kind of ugly hoax that we only get posted to these anonymous corners of Earth. I sometimes imagine the globe redrawn, with all the mid-continental portions erased or flooded or replaced by warm-water lakes visited by free-spirited Danes who pull their dresses over their heads and swim naked and expect everyone to be as carefree as they are—but then I come to myself and realize that I have onions to chop or cameras to repair or guns to clean. 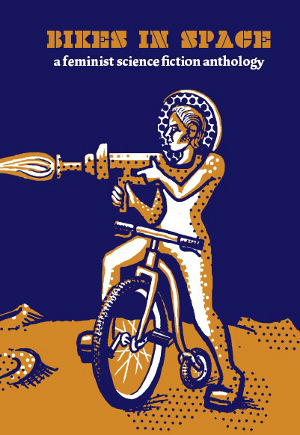 My story The Kármán Line Brevet appears in Bikes in Space: A Feminist Science Fiction Anthology!

The Syndicate is a slavish imitation of The Hardy Boys, with the following exceptions: 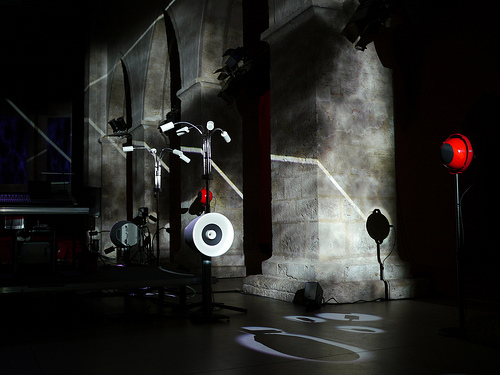 Residents of London live in a ghost world imposed by the state. The shadows and murmurs of un-augmented reality are barely perceptible under thick layers of surmontrance. Conscientious objectors blind and deafen themselves, only trusting their unsurmontred senses. 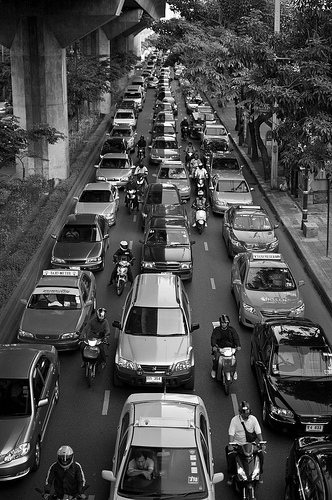 It can take all day for a Lada to make it from hip to wrist,
the driver fuming and pissing in a bottle,
and one motorbike just off Tverskaya
has never made it off its rib.

I went looking for the artist who did all that ink,
but some other dude was renting his chair,
his dealer was angry—out a hundred bucks—
and his trailer had burned to the ground.

Meanwhile, in Bangkok and Kuala Lumpur,
a handful of wanna-be thugs
are sporting idealized Pan-American Highways,
just before dawn, empty of cars.